Students Who Started Their Own Business 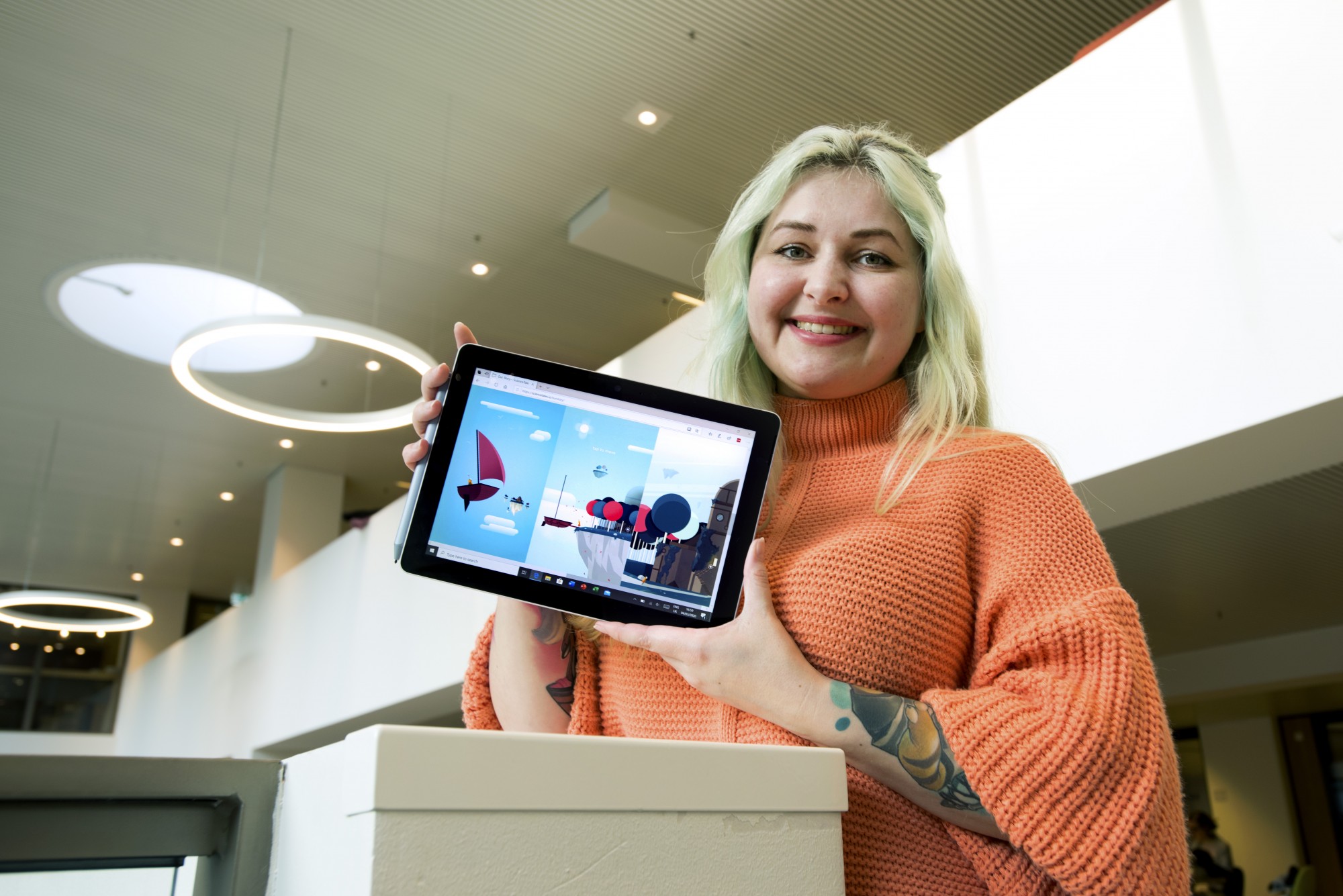 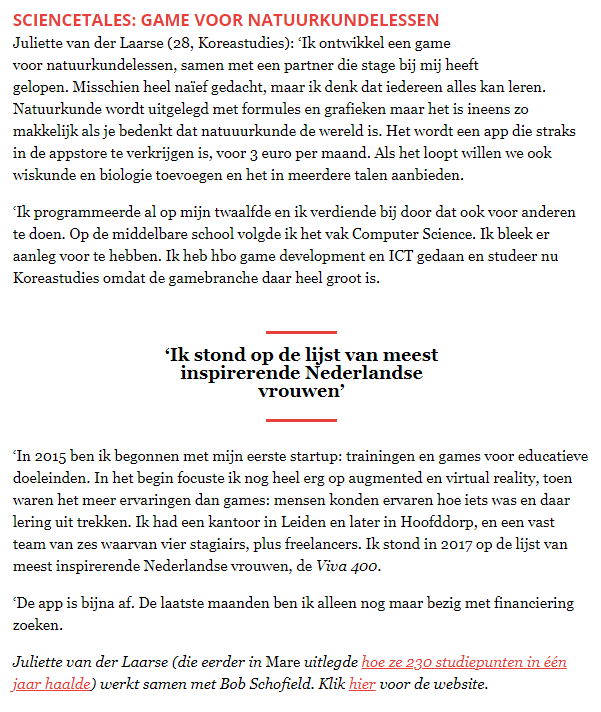 These students started for themselves

Starting a startup: it requires some investment in time and money, but above all it is exciting and educational. ‘We had only just opened our limited company when we already received a fine from the tax authorities.’

SCIENCETALES: GAME FOR PHYSICS LESSONS
Juliette van der Laarse (28, Korean Studies): ‘I’m developing a game for physics lessons together with a partner who did an internship at my studio. Perhaps a very naïve thought, but I think anyone can learn anything. Physics is usually explained using formulas and graphs, but it’s suddenly so obvious when you realize that physics is all around us. It is going to be an app that will soon be available in the app store, for 3 euros a month. If it takes off we want to add math and biology as well and offer it in multiple languages.

I started programming when I was twelve and I earned money by programming for other people. In high school I took the Computer Science course. It turned out I was good at it. I studied game development and IT at college and I am currently studying Korean studies because the game industry is booming there.

I was on the list of the most inspiring Dutch women.

‘In 2015 I started my first startup: games for educational and training purposes. In the beginning I still concentrated on augmented and virtual reality, back then the products were more like experiences than games: people could experience what something was like and learn from it. I had an office in Leiden and later in Hoofddorp, and a full-time team of six of whom four trainees, and freelancers. I was on the list of most inspiring Dutch women, the Viva 400, in 2017.

‘The app is almost finished. These last few months I have been focusing only on securing funds.

Juliette van der Laarse (who previously explained in Mare how she completed 230 credits in one year) is working with Bob Schofield.