My Tech Nomination in Local News

My Tech Nomination in Local News 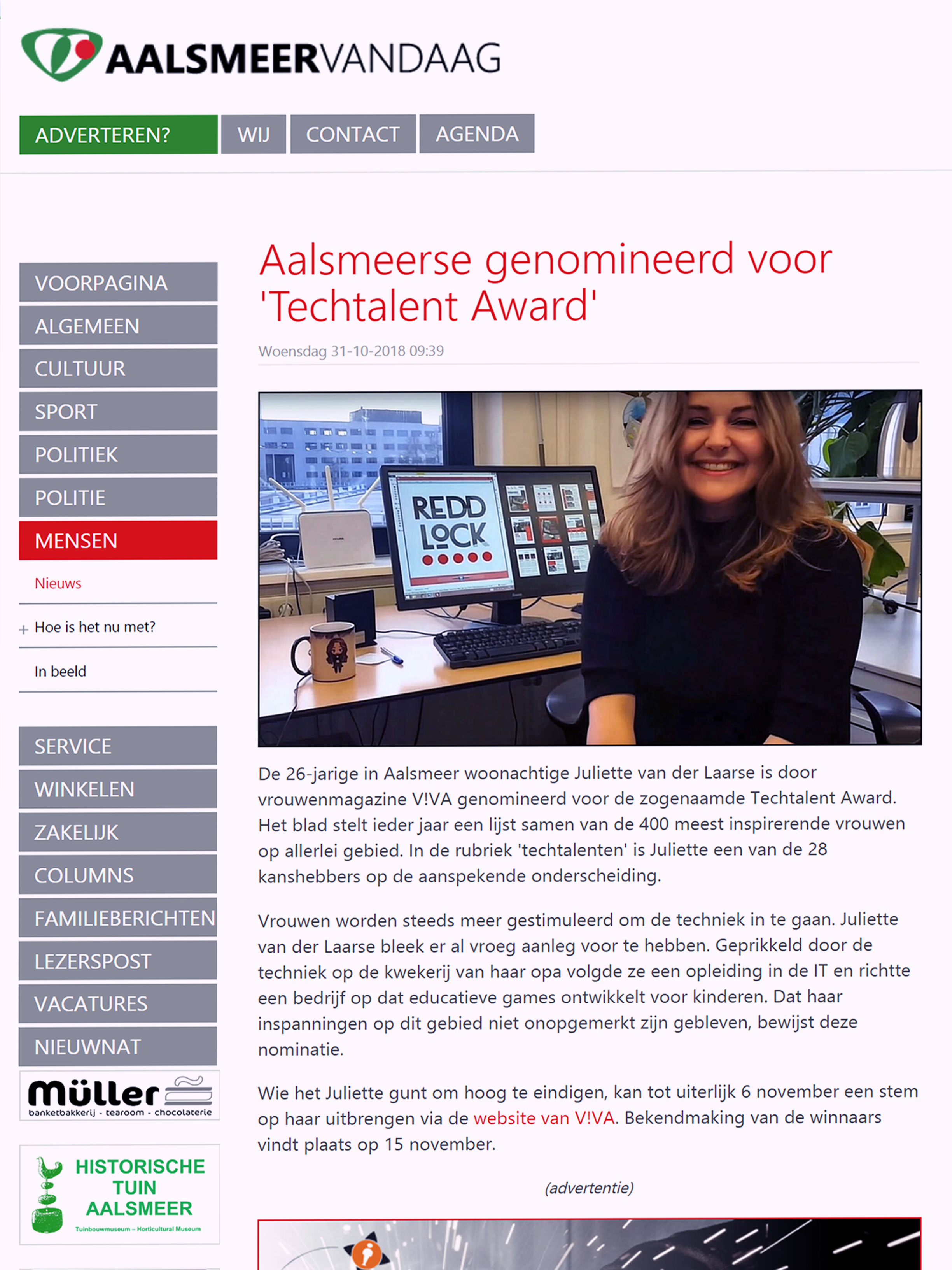 [English Translation] 26-year-old Juliette van der Laarse, Aalsmeer resident, has been nominated by women’s magazine V!VA for the so-called Techtalent Award. Every year the magazine compiles a list of the 400 most inspiring women in all sorts of fields. In the ‘tech talent’ section, Juliette is one of the 28 contenders for the appealing award.

Women are increasingly being encouraged to go into technology. Juliette van der Laarse turned out to be predisposed early on. Stimulated by the technology at her grandfather’s nursery, she studied IT and set up a company that develops educational games for children. This nomination proves that her efforts in this area have not gone unnoticed.

Those who wish for Juliette to finish high in the ranking can vote for her until 6 November at the latest on the V! VA website. The winners will be announced on November 15.