I participated in the GGJ2013

“It is very creative and fast-paced; everybody has to spontaneously think up ideas. And it is my belief that this results in far more enjoyable games in comparison to when you cling on to one game idea for a long time.”

[0:40] – Our team got assigned to a room. Due to our team size and since we would be hosting the live stream we got one of the biggest rooms and we could set up things like our air mattress and laptops earlier than other teams. Every location has a Livestream during the 48 development hours so you can follow the developers live. Since our location worked with separate rooms (instead of one big space) they had to pick a team that would stream, we were chosen because we had 3 female developers and the Amsterjam wanted a better representation of Women in Game Development.

[0:51] – Our first brainstorm for the concept. This years theme was a heartbeat.

[1:17] –  This was the second day, we were ready for the playtest and were asked if we managed to get some sleep and what hurdles we expected

“We were the only team that kept working till 6 am; everybody else was already sleeping in the hallway.”

[1:32] – Our game was being playtested & they asked if we expected any problems for the remaining hours

“The biggest thing to overcome right now is the unexpected. You have no idea what to expect until it all gets fitted together. That will be our biggest challenge, I think, so I’m happy that we are implementing everything a day in advance.”

[2:20] – Our game was being playtested by jurors (in our case by Lennart Denninger, Guerilla Games). And I explained what kind of reaction we got

“I think they liked it! But I also think the gameplay wasn’t quite clear yet.” 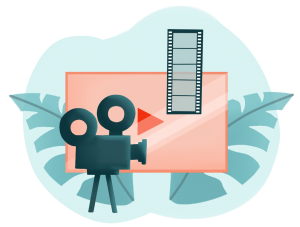