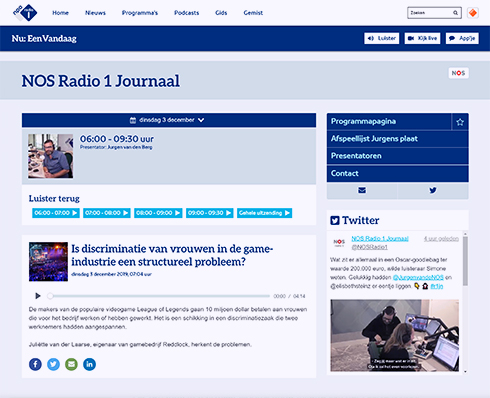 Is discrimination of women in the game industry a structural   problem?

NOS Radio 1 News, Radio Interview | Developers of the popular video game League of Legends have to pay 10 million dollars to women who work or worked for the company. Two employees filed a case against the company because, according to them, they were structurally paid less and less likely to be eligible for promotions. Juliette van der Laarse is the owner of game company ReddLock. Ms. van der Laarse, good morning.

This is also the case in other sectors, but is this a structural problem in the game industry?

Juliette – I think so, although I believe it is not as bad in the Netherlands as it is in the US. But yeah, you are one of the few girls when starting your studies and that often persists.

But you would think that they might be able to utilize it, right? Because a company can then boast the fact that they have women working there too.

Juliette – Yes. I have to say that in the Dutch game industry this indeed happens. When you go to a network meeting, you often get reactions like “oh nice, we need more women in the game industry” so, in that regard, we are doing well. But still, if you work or study with a large group of men I think it just happens. Not because they are men, but because, as a woman, you are in the minority in that context, with a focus on the word ‘minority’. It just grows like that, and I experienced this myself. At university, they can make a lot of sexist remarks and jokes. The majority is truly just joking and simply does not realize that this can get pretty toxic if you as a woman just have your one voice ‘against’ theirs. Most men do not mean any harm at all, but there are always those who are actually harassing you, and in that case, it can be hard for the others to recognize when these guys cross the line.

Yes, and the other guys do not intervene when that happens.

Juliette – Well, I am quite privileged having my own company so at the moment I, of course, have no issues with that. When I hire people they, unfortunately, often are men. I try to hire more women but it is mostly men that respond to open positions.

So how does that happen? Why are women less interested in studying this, and thus do not end up in these jobs?

Juliette – Well, that is the big question that I had as well. I already noticed in secondary school that less girls choose a natural science & technology profile. Coincidentally we are currently developing a game that teaches physics for secondary schools, so we have researched this question in collaboration with people from Leiden University.

It turns out that girls are not interested in technology at that age, even if they did show interest in technology as a child. When they hit puberty they do not classify technology as ‘feminine’, or they do not identify with the image of what they believe being a nerd is. They conclude “I do not fit this image”.

Something we also heard quite often is that girls who, for example, visit an open day for the Technical University Delft… No, let’s start with the boys. The boys who visit the open day, even those who might have a grade average of, let’s say a 7 or 8 for example, are excited to start the program. But girls, even with a high-grade average, often approach people during the open day with questions like “I have a high-grade average, but can I handle this advanced level?”. They are much more insecure about their own qualities.

OK, so yeah, that needs to change

There are, of course, a lot of things happening like campaigns to get more women in technology. And yeah, they should hire more women, of course, but if they are not there? That would solve the whole problem.

Juliette – Yes indeed. I advocate for hiring more women, but you also want to hire women educated for the job you are hiring them for. So besides just hiring more educated women – who are actually out there as well – you should also change the image of the industry and make girls feel welcome, make them enjoy working in the industry, and help them see that there is no need for them to feel insecure. You have to deal with this problem on multiple levels. If you have to choose an educational profile at age 14, and they do not choose technology and science courses they can never follow a technical university program after, because they need to have completed technology courses to be accepted.

Clear. And maybe the verdict in the US could help equalize the salary. This was Juliette van der Laarse with her response, owner of game company ReddLock. 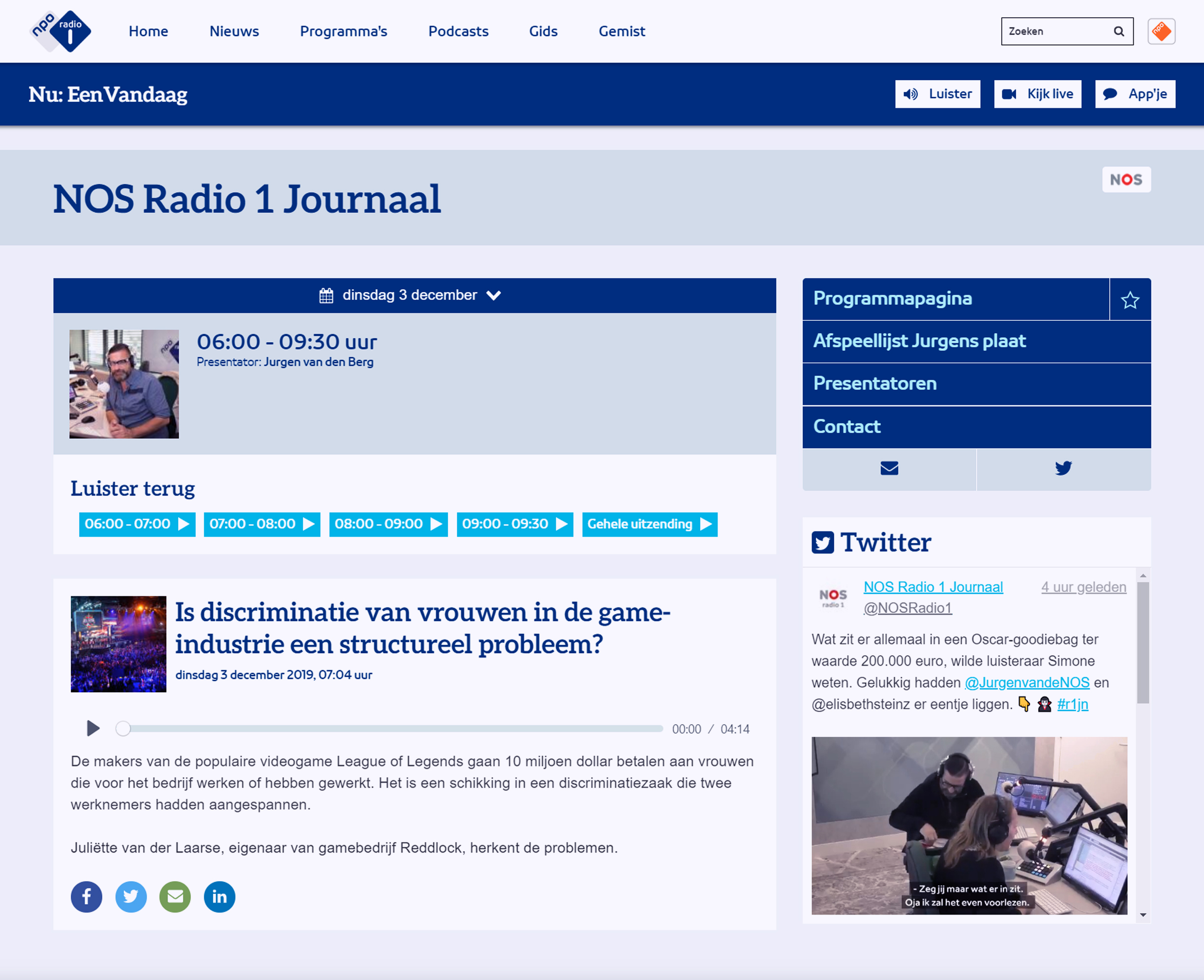